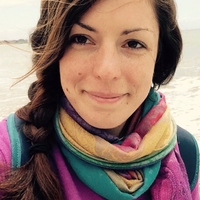 Biography
Emmanuelle Saillard is a tenured research scientist at Inria Bordeaux Sud-Ouest. She received her PhD in Computer science from the University of Bordeaux in 2015. From October 2015 to October 2016, she was employed as a postdoctoral researcher at the University of California Berkeley (USA). During this time, she developed dynamic program analyses for communication and synchronization optimizations in large scientific codes. From December 2016 to September 2017, she worked on the European project HPC4E. Her goal was to optimize kernels of some applications developed in the project with a metaprogramming language. In October 2017, she joined the STORM team at Inria Bordeaux. Her research interests focus on compiler/runtime interaction and code optimization. She has expertise in compiler technology, debugging and validation methods as well as parallel languages and codes.
Presentations
Workshop
Compiler-assisted Correctness Checking and Performance Optimization for HPC