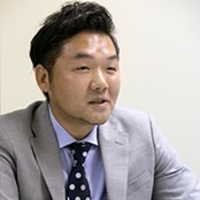 Biography
Shintaro MOMOSE is a principal engineer at NEC Deutschland, and a visiting associate professor of Cyber Science Center at Tohoku University, Japan. His responsibilities at NEC are marketing, architecture development, and promotion of the SX vector supercomputer. He has joined NEC Deutschland from 2018. Previously, he was an engineer at Nissan Motor, and he started his work at NEC Corporation from 2005. He developed the SX supercomputer series, SX-9, SX-ACE, and SX-Aurora TSUBASA, and also he is developing the successor of the SX supercomputer. He received the B.E. Degree in Mechanical Engineering, and the M.S. and the Ph.D. Degrees in Information Sciences from Tohoku University in 1999, 2003, and 2005 respectively.
Presentations
Vendor Showdown
NEC Deutschland GmbH