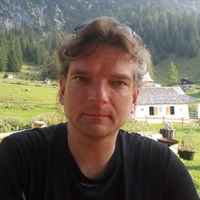 Biography
Carsten Trinitis received his Ph.D. in Electrical Engineering in 1998 from TUM, working on a parallel automatic optimisation system for electrostatic field simulation. After working in industry, he returned to TUM in 2001, where he now holds a position as senior scientist and is heading the research group on parallel and distributed computer architectures. From 2002 to 2010, he was also an assistant professor for history of science at Universität der Bundeswehr München, Germany.

From 2010 to 2014, Carsten was full professor of distributed computing at the University of Bedfordshire, United Kingdom.
Carsten is spokesman of Gesellschaft für Informatik (GI)'s special interest group on "Ethics in Informatics", GI liaison lecturer at TU Munich, and member of the Zuse Society's board of directors. From 2013 to 2019 he was elected member of GI's board of directors.