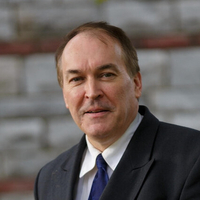 Biography
Peter V. Coveney holds a chair in Physical Chemistry, is an Honorary Professor in Computer Science at University College London, a Professor in Applied High Performance Computing at the University of Amsterdam, and Professor Adjunct at Yale University School of Medicine. He is Director of the Centre for Computational Science at UCL. Coveney is active in a condensed matter physics and chemistry, materials science, as well as life and medical sciences in all of which high performance computing plays a major role. He has led numerous large-scale UK, EU and international large-scale projects, and has received many US NSF, DoE and European supercomputing awards from DEISA and PRACE. Coveney chaired the UK Collaborative Computational Projects Steering Panel (2005-15). He has published over 440 scientific papers, has co-authored two best-selling books (The Arrow of Time and Frontiers of Complexity) and is lead author of the first textbook on Computational Biomedicine. Coveney was a founding member of the UK’s E-Infrastructure Leadership Council and was an advisor to the UK Prime Minister’s Council for Science and Technology on Data, Algorithms and Modelling, which led to the creation of the Alan Turing Institute. He is a Member of Academia Europaea and of the London Centre for the Theory and Simulation of Materials.
Presentations
Focus Session
Supercomputing, COVID-19 and the Transformation of Medicine