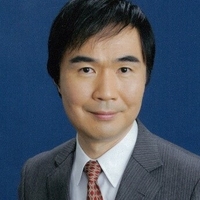 Biography
Satoshi Matsuoka from April 2018 has become the director of Riken CCS, the top-tier HPC center that represents HPC in Japan, currently hosting the K Computer and developing the next generation Arm-based ‘Fugaku’ machine, along with multitudes of ongoing cutting edge HPC research being conducted, including investigating Post-Moore era computing. He was the leader of the TSUBAME series of supercomputers, at Tokyo Institute of Technology, where he still holds a Professor position, to continue his research activities in HPC as well as scalable Big Data and AI. His commendation includes the ACM Gordon Bell Prize in 2011 and the IEEE Sidney Fernbach Award in 2014, both being one of the highest awards in the field of HPC, as well as being the Program Chair for SC13.
Presentations
Focus Session
Japan and Fugaku’s Fight Against the COVID-19 in HPC