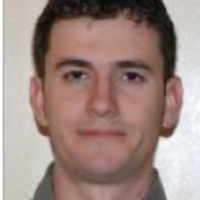 Biography
Javier GARCIA (Mr. PhD) is Associate Professor of the University Carlos III of Madrid since 2019. He received the MS degree in Computer Science in 2007 at the University Carlos III of Madrid. He also received a PhD in Computer Science from University Carlos III in 2010. He has cooperated in several projects with researchers from various high performance research institutions such as HLRS (funded by HPC-Europe program), DKRZ, and Argonne National Laboratory. He is currently involved in various projects in topics such as parallel I/O, cloud computing, heterogeneous computing, and accelerators for high-performance platforms. He has been involved in three research projects funded by the European Union (such as ASPIDE, Rephrase and IC1035 Cost action NESUS). He has participated in many conference organization committees, including EuroMPI 2013, ICA3PP 2016, IUCC 2016 and CCGRID 2017. He currently count with more than 80 international publications in journal and conference papers.
Presentations
Project Poster
Exascale programming models for extreme data processing