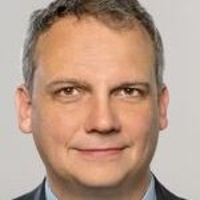 Biography
Martin Schulz is a Full Professor and Chair for Computer Architecture and Parallel Systems at the Technische Universität München (TUM), which he joined in 2017, as well as a member of the board of directors at the Leibniz Supercomputing Centre. Prior to that, he held positions at the Center for Applied Scientific Computing (CASC) at Lawrence Livermore National Laboratory (LLNL) and Cornell University. He earned his Doctorate in Computer Science in 2001 from TUM and a Master of Science in Computer Science from UIUC. Martin has published over 200 peer-reviewed papers and currently serves as the chair of the MPI Forum, the standardization body for the Message Passing Interface. His research interests include parallel and distributed architectures and applications; performance monitoring, modeling and analysis; memory system optimization; parallel programming paradigms; tool support for parallel programming; power-aware parallel computing; and fault tolerance at the application and system level. Martin was a recipient of the IEEE/ACM Gordon Bell Award in 2006 and an R&D 100 award in 2011.
Presentations
Workshop
1st ISC-HPC International Workshop on “Monitoring and Operational Data Analytics” (MODA)