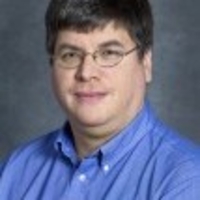 Biography
Cary Whitney is a computer scientist at NERSC who has always been involved with data gathering and presentation. Coming to LBL in 1999, he was in a team that managed the High Energy Physics cluster (PDSF) and eventually moving on to the High Performance Computing (HPC) system. In both groups, he monitored the systems and collected data. While reinventing the wheel yet again, he figured there had to be a better way to manage all this data being collected. He transitioned to the Operations Technology Group and learned that this group was also interested in collecting environmental data of the computational facility and figured he could make one big data collection infrastructure instead of two separate ones. This is how the data collection project at NERSC was born.
Presentations
Project Poster
Scalable Data Warehouse for the Operations Monitoring and Notification Infrastructure at NERSC