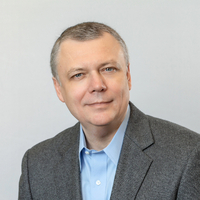 Biography
"Rado" Danilak has over 25 years of industry experience and over 100 patents designing state-of-the-art processing systems. In 2016 he founded Tachyum to disrupt markets by solving the processing performance plateau of nanometer class chips.

Rado was founder and CEO of Skyera, a supplier of ultra-dense solid-state storage systems, acquired by WD in 2014. As CEO he won the 2013 Gold Tech Awards Circle for Emerging Company Executive of the Year. At Wave Computing, Rado architected the 10GHz Processing Element of deep learning DPU.

Rado was cofounder and CTO of SandForce acquired by LSI in 2011 for $377M. Rado pioneered enterprise and consumer MLC flash controllers and solved endurance limited by device physics. He was a chipset and GPU architect at nVidia, a CPU architect at Nishan Systems and Toshiba, and chief architect of 64b x86 CPU at Gizmo Tech.

The Microprocessor Report said Rado "has developed some interesting ideas that show significant promise in delivering performance better than that of the leading processors expected in near future... these ideas are likely to appear in other next-generation instruction sets, including the HP/Intel IA-64."

Dr. Danilak is U.S. citizen born in Slovakia, and serves on the Slovak government's Innovation Advisory Board. He is a member of the IDC Technical Computing Advisory Panel, the Forbes Technology Council, a contributor to TechTarget, and a member of IEEE. He holds a Ph.D in Computer Science and an MS in Electrical Engineering from the TUKE Slovakia.
Presentations
Exhibitor Forum
Tachyum: 4 Exaflops AI Training 32 Racks Tachyum System