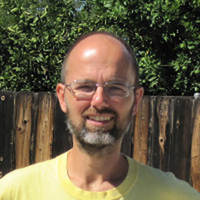 Biography
Igor Sfiligoi has been active in distributed computing for over 20 years. He has started in real-time systems, moved to local clusters, worked with leadership HPC systems, but spent most of his career in computing spanning continents. For about 10 years, he has been working on one such world-wide system, called glideinWMS, which he brought from the design table to being de-facto standard for many scientific communities. He has recently moved his attention in supporting users on top of Kubernetes clusters and Cloud resources. He has a M.S. in Computer Science equivalent (Laurea in Scienze dell' Informazione) from Universita degli studi di Udine, Italy. He has presented at many workshops and conferences over the years, with several published papers.
Presentations
Research Paper
Running a Pre-Exascale, Geographically Distributed, Multi-Cloud Scientific Simulation