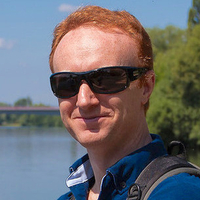 Biography
Graduated Moscow Institute of Electronics and Mathematics in 1995. From 1995 till 2013 worked as a programmer and later as a research scientist at Laboratory of Parallel Information Technologies of Moscow State University Research Computer Center. From 1996 till 1998 was a research student at Information Science Laboratory of Shizuoka University Education Faculty. Received PhD in Physics and Mathematics from Moscow State University in 2006. From 2013 till 2016 worked as a research scientist in HPC Usability Research Team of AICS, RIKEN. From 2016 till 2017 – as a visiting scientist. From April 2016 work as a chief research scientist in STAIR laboratory.
Presentations
Research Poster
Impact of changes in the Mini-batch size on CNN Training Epoch Time