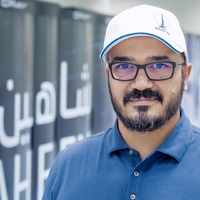 Biography
Hatem Ltaief is a Principal Research Scientist in the Extreme Computing Research Center at KAUST, where is also advising several KAUST students in their MS and PhD research. Hatem received the engineering degree from PolyTech Lyon at the University of Claude Bernard Lyon I, France, the MSc in applied mathematics at the University of Houston, and the PhD degree in computer science from the University of Houston. From 2008 to 2010, he was a Research Scientist in the Innovative Computing Laboratory in the Department of Electrical Engineering and Computer Science at the University of Tennessee, Knoxville. Hatem was awarded an NVIDIA GPU Research Center in 2012 (PI), an Intel Parallel Computing Center (co-PI) in 2015, and a Cray Center of Excellence (co-PI) in 2015. His research
interests include parallel numerical algorithms, parallel programming models, and performance optimizations for multicore architectures and hardware accelerators.
Presentations
Research Poster
Abstraction Layer For Standardizing APIs of Task-Based Engines